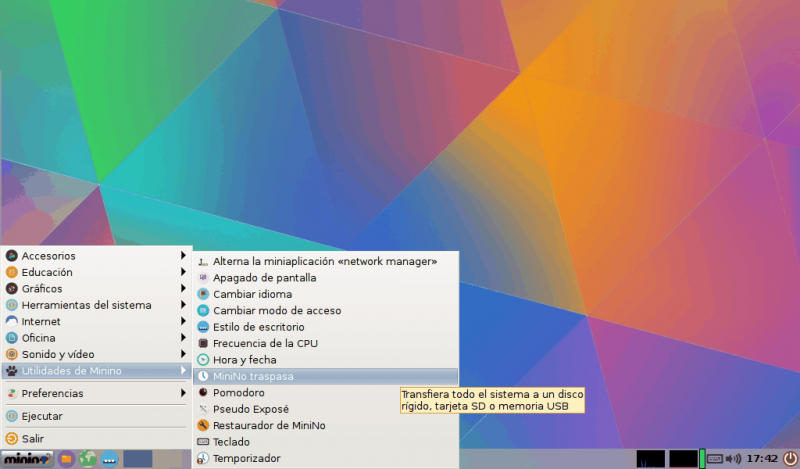 After the summer break (when we took the time to work on this) we announced the release of the final version of MiniNo, as always based on Debian (Jessie version). As we have already indicated in the previous publications, the version is the 3.0 and is named "Queiles".

In this version we made two variants, the traditional 32-bit, in this case already only with 686-pae core and another experimental version with the 64-bit liquorix kernel (the S.O. is still 32 bits).

For both versions we made the following changes:

After a series of problems arose in the tool we used to compile the ISO (remastersys), we were forced to use Refracta. This implied to modify it to fit our needs and to rewrite our installer. 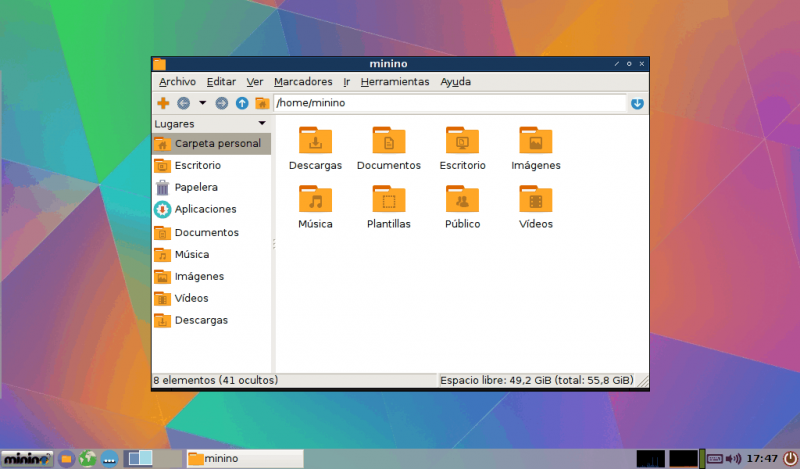 In addition, in this version, we will have 4 installers (actually 5) that operate as follows:

Due to the number of problems that were giving us, especially with the playback of Youtube videos, we removed the Midori browser. Instead of setting the base, you can easily install Tor Browser running the "sudo apt install torbrowser-launcher" terminal or by installing "torbrowser-launcher" with Synaptic (remember to update the repositories before).

For those who have a special interest in the preconfiguration of Tor browser, indicate that we follow the idications of: https://www.torproject.org/docs/debian.html.en#ubuntu with the modification that the last line applied was, simply:
$ sudo apt install deb.torproject.org-keyring, since tor is installed as a dependency of torbrowser-launcher

We also did a replacement, changing UMPlayer, which was quite obsolete, by SMPlayer.

Taking into account that the target machines of this distribution are usually quite old, it is frequent that we are afraid of data loss because the disk is also very old; to alleviate this eventual problem we have already installed "Cronopete".

And let's not forget «Inxi», a tool that we incorporate in order to serve as a help for queries in the forum or to do any installation of specific hardware drivers.

If someone wants to install for libreoffice the icon theme (unofficial) «Kalahari», you can download https://minino.galpon.org/public/LibreOffice/Kalahari_Icons-0.5.0-b2.tar.gz, inside you will find a manual for installing it in several environments.

In the case of the 64-bit version -experimental- we modified the mini-tool "MiniNo transfer" to allow the transfer of the S.O. to a device that can be started in modern equipments with UEFI you can see a videotutorial made on PicarOS explaining how to do that "transfer", the method is exactly the same.